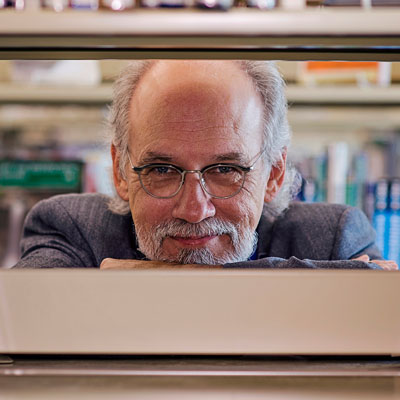 Jamie LaRue is director of the American Library Association’s Office for Intellectual Freedom, and the Freedom to Read Foundation. He has appeared on NPR, been quoted and highlighted in Wall Street Journal, Forbes, and the Denver Post, and has hosted a local author interview TV program. A newspaper columnist for a quarter of a century, he also wrote “The New Inquisition: Understanding and Managing Intellectual Freedom Challenges” (Libraries Unlimited, 2007). From 1990 to 2014, he was director of the Douglas County (Colorado) Libraries, widely known as one of the most successful and innovative public libraries in the nation. He was the Colorado Librarian of the Year in 1998, the Castle Rock Chamber of Commerce’s 2003 Business Person of the Year, in 2007 won the Julie J. Boucher (boo-SHAY) Award for Intellectual Freedom, and in 2013 won the Colorado Association of Libraries’ Career Achievement Award. At the end of 2013, the Board of Trustees named a library after him in Highlands Ranch, CO – the James H. LaRue Library. From 2014-15, he wrote, spoke, taught and consulted about leadership, management, organizational development, technology, civic engagement, library construction, intellectual freedom and other topics with several associates. In 2016, he began his position with ALA.